Multimillion-dollar companies don’t need to reach out to patients and caregivers, so I was happy to receive an invitation from Novo Nordisk to attend an advocate summit with the less than happy title, “The Future of Diabetes.”

I’m not exactly sure why the title seemed uncomfortable to me.

My guess is I don’t want Diabetes to have a future.

They spoke with me beforehand via conference call and asked what I hoped to glean from our meeting, as well as what I hoped for my children’s future.  They didn’t have to ask these questions, but I was impressed that they did.

This would be the first time Novo Nordisk has ever invited patients and their caregivers to a forum. There was only a small group of us, as I believe they were testing the waters to see how it would all play out. They were very respectful and kind, and seemed extremely interested in everything we had to say. I knew we weren’t going to solve the world’s problems, but I was thankful that we had their audience, even just for one day.

There were a couple small presentations, and a small overview of new medications that had come onto the market. Most notably: Tresiba.

I was not familiar with it, probably because it isn’t indicated for children yet, but my guess is that will change in the next year or two.

Tresiba is a long acting medication that I’m told is flatter than any other basal insulin on the market. It lasts for at least 42 hours, although you still would give an injection every 24 hours. The exciting thing is missing a dose isn’t a problem, you can just take it when you remember as long as there are at least 8 hours between injections. As an example, if you normally give your child their long acting insulin at bedtime, and then forget one night, you can give it to your child in the morning, and STILL give them their regular dose that night before bed again. As I understand it, it stores in the body differently and won’t cause lows. Also, the missed hours won’t cause highs. That wasn’t the only exciting thing: It has a 56-day shelf life. That’s almost three months it can be out of the fridge and still remain viable. Nice! There was a young woman that attended the forum who uses Tresiba and is super impressed by it. She says it has completely knocked out her dawn phenomenon and she doesn’t have wonky blood sugars during her menstrual cycle anymore. She used it for months, keeping her pump on only for bolusing. Eventually she moved to MDI completely. I’m not saying this will be your experience, and I’m not trying to sell it to you, I promise. I just thought you’d want to hear what I heard. Information is power. Something to look forward to, for sure.

Obviously, the cost of insulin was brought to the table. And obviously, it isn’t their fault. I’m only being slightly sarcastic here; Technically, it really isn’t there fault, and they do have concern about the cost…it is the current payer system in the United States makes them play the game like this. Even so, considering their profits, I’m pretty sure it’s not upsetting them as much as it’s upsetting us. There was a plea from another advocate to see Novo’s profits as a good thing. They can use this money to make new medications for us, and build new research facilities and production plants as they are doing now. I can't really argue with that. But for me, someone who has seen families suffer because of the cost, I’m not sure I’m sold on the tradeoff. Ideally, I’d like it if patients could work together with big companies, like Novo Nordisk, and go to Capital Hill to excite change in the way our payer system works in the United States.

I asked them why they didn’t have a program to help those who can’t afford the cost of insulin, and it turns out they do! What?! I’ve never heard of it. I didn’t know anyone who has heard of it, or shared that information, and I’m active in the Diabetes Online Community. They even have a website. (cornerstones4care.com) They have a copay program that for 2 years will ensure you don’t spend more than $25 a month on their insulin…as long as your insurance isn’t with a government program. (It will pay up to $100 of your copay per 30-day refill.) The copay program information can be found HERE.

There is also a financial assistance program that you must meet specific criteria for. You can find the information HERE.

Both of these links are hard to find on the website. There was significant discussion about that, and I’m confident our voices were heard. Happily, I signed up for the copay card, and in less than 5 minutes I had one making its way into my hands via my printer.

The last discussion was led by Novo’s invited guest, Dr. Gary Scheiner. He asked us to talk about what we think Novo should focus on short term and long term. He asked about innovation, and what we’ve found to be the most significant change in our lives. Even more than a pump, I felt like Novolog and Humalog were the most significant changes in my boys’ lives. Living with insulin that had to be injected a couple hours before eating was rough. It was life changing to be able to give him insulin when they ate, letting them dictate when they would like to eat instead of the insulin itself. Pumps were also the best innovation…but it’s been almost 15 years since both of those have entered our life…I’m ready for something new.

Long term, all I asked for was something to ease the worry. A faster, smarter insulin would be ideal. Something that would deliver what my boys needed, when they needed it. This coming from a woman that chooses the boys current insulin pumps just because there are a few less buttons to push. In my book, a little less worry goes a long way. As we circled around the table other people echoed my sentiments, including those that work at Novo Nordisk.

I’m very thankful that Novo Nordisk initiated dialog with the patient and caregiver community. This is the first stone thrown into the pond, and as a result, I hope the ripples will bring around change in the future. As a side note, it felt good to have Todd Hobbs in the room. He is the Vice President and Chief Medical Officer for North America at Novo Nordisk. He is Type 1 himself and has a son that was diagnosed at age 5.

They started their presentation with information about the company, and said they hope to go out of business someday.

That’s a ballsy thing to say.

I’m glad they said it. 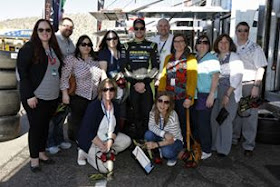 Another PS: All the information in this article relies mostly on my memory. Please talk to your doctor, and research reputable websites with any questions you may have.

I wrote this post on the airplane while traveling to an Advocate Forum given by Novo Nordisk. On Monday I will post my thoughts about our meeting. Until then, I'll just leave my emotions here. With prompting from a friend, I left it raw and unedited.

For the past 18 years my life has been submersed in the familial relationship of Mom and Type 1.

My tolerance for the disease ebbs and flows like everything else in life.

Some days I can think about it all day long and my psyche isn’t affected.

Other days, I rebel against it. Pretending it isn’t important. Refusing to give it the power it demands while it sits on the throne of my boys’ well being.

Lately I have been suppressing an uproarious anger. I push it down, not allowing the feelings to make it to the surface. It seeps into my cells and becomes a natural part of my spirit, and as a result, I find myself on edge more than I should be.

There is an article circling around social media about a teenage boy who passed away while driving, allegedly because of his diabetes.

There is another article that generally finds its way right below about a young, recently diagnosed child who passed away.

I flip through the stories, numb. I let the anger sit with me, but don’t allow manifestation.

My anger exists and I’m so so tired.

I’m tired of watching my children jog on the hamster wheel that is Our Diabetic Life.

I’m tired of watching them give in from the exhaustion and then watching them in horror as they allow the wheel to toss and turn in violent circles until they are forced to find their footing again.

I’m tired of nothing new. Of mice being cured, but humans not. Of organizations leading on that they are hopeful for a cure, but behind closed doors not expecting one. We are like perpetual Hansels and Gretels, finding candy houses and preparing to feast on their greatness; because we hunger so badly we ache…but then finding nothing but fight after fight inside each one. 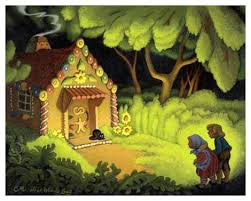 I wonder if pharma knows how hard it is? I wonder when they announce their profits if they think of us and the constant injecting of their products and the toll it takes on bodies and minds.

Every minute of every day. We are not allowed the luxury of not thinking about it. Yes I am grateful for insulin to keep my children alive. I praise the Lord for it. But I. AM. TIRED.

And I don’t even HAVE diabetes.

I’ve had all three boys on CGM’s before. What results is a wave of information that is so overwhelming I can’t think straight. What results is every minute turning into every second. It results in no sleep for me, and no sleep for them. Beeping. Beeping. Beeping. Three boys in puberty means someone is always beeping. The guilt sits on my shoulder like an especially large elephant. I want them to be on CGM’s, but I cannot. Looking at the graphs my brain swells with the outpouring of numbers. I watch those with one child with diabetes and I know that if I had but one, they would wear the CGM. My child would be safer, healthier. And even though their A1C’s show that all is well, I’m not doing what all of you are doing.

And I hate myself for it.

But the hate is suppressed. I won’t let it consume me, even though it has. Even though it is part of who I am.

Don’t get me wrong, I don’t’ feel sorry for myself for having three amazing boys with Type 1. I only know that with three, I can only do so much. And the story I’m telling myself is: it isn’t as much as you.

But yes, they are tired too.

I’ve sat for the past 15 years reading article after article about breakthroughs.

And yet. Same. 15 years of same. Since the introduction of Humalog and Novolog, there has been nothing that has changed our lives. Throw us a bone universe. Give us something that will make life more predictable for my boys.

I’m not sure how much longer I can harbor this anger. Pretending it doesn’t exist has worked for so long…I’m not sure I can continue this forever.

Give us some change. Concrete change that I can pick up from the pharmacy or order from DME. Something that I won’t have to take out a second mortgage for.